Did you know that Hackney had its own Poll Tax Riot, a few weeks before the Trafalgar Square one?

“That this House notes the urban disorder that took place in Hackney on Thursday 8th March, that at least 38 people were arrested and there was violence and looting and that the people of Hackney are united in condemning the disorder and looting; but further notes that the blame for this disorder ultimately lies with the Government and its unjust poll tax; notes that very large numbers of Hackney residents will not be able to pay this tax; and further notes that in the matter of the poll tax the people of Hackney know who the real Urban Terrorist is.”

(was Ian Bone discussing the riot)

Prime Minsiter Margaret Thatcher was asked about the riot the next day when visiting Glasgow:

Prime Minister, ITN. Can I just ask you, if I may, your reaction to the events last night in Hackney?

I’m afraid it’s one of a series which we know are being organised by Militant, as you know. And it is not the way to conduct affairs at all. In a democracy the way is to debate in Parliament, the legislation has been through Parliament, and anything that is intimidatory or violent is absolutely flatly contradictory to democracy. People can demonstrate, of course they can. They should do so peacefully. But they are of course tending to go for some of the councils that are setting very high community charges, as a result of Labour Councils, and some of them … [inaudible] … very very high charges indeed. So they have got something to grouse about, but the way to do it is complain quietly. 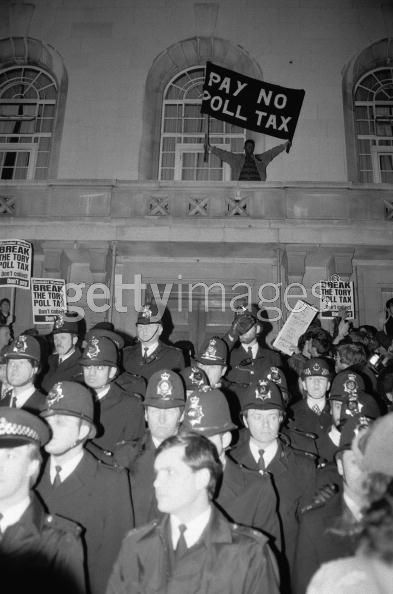 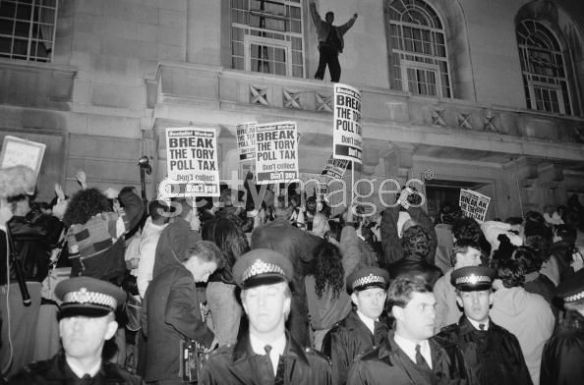 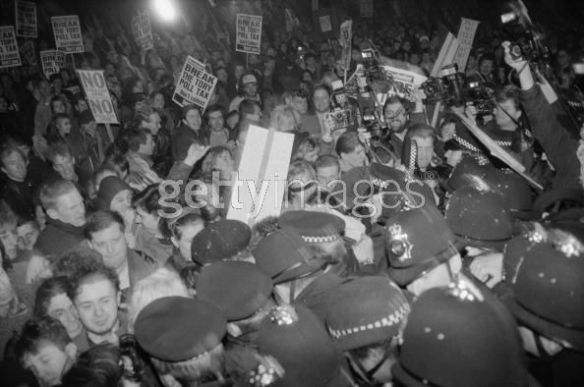