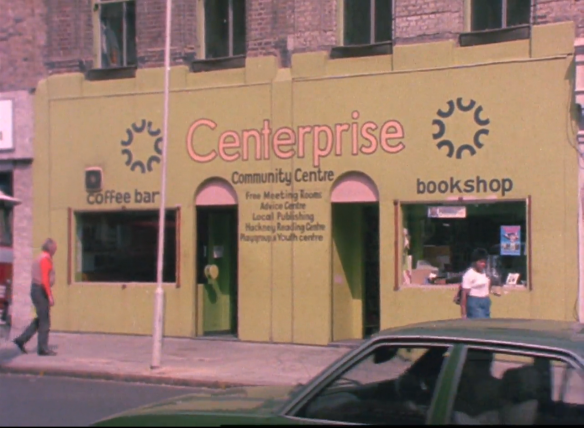 As well as being a meeting space, café and bookshop, Centerprise allowed community, and political groups to use the building as a mailing address.

“Box X, 136-138 Kingsland High Street, London E8” would appear regularly in radical publications from the seventies until the shop closed a few years ago.

Below is an incomplete list of groups that used Centerprise as a contact address throughout its life. (Some boxes were used by different people at different times – where I believe this has happened I have given each user a new line.) 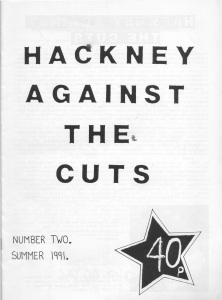 Box 5: The Black Women’s Network (1990s)  “is organizing SOJOURN II, sponsoring visits by black activists to Zimbabwe, India and Nigeria. Sojourners will study the role of women in relation to land use and ownership, and network with health workers (in order to better understand issues like AIDS, female genital mutilation, and nutrition). The Black Women’s Network publishes a regular international magazine called Linkages.”

Box 6: Theatre of Black Women (1980s)  “Theatre is a powerful mode of communication and Theatre of Black Women is the only permanent Black women’s theatre company in Britain. As such we concern ourselves with issues such as Black women in education, health housing, feminism in history and in the Arts. Our theatre is about the lives and struggles of black women and provides an opportunity for Black women’s voices to be heard positively through theatre. We use theatre to promote positive and encouraging images of Black women as individuals, examining and re-defining relationships with men, living independent lives, giving and receiving support from other Black women, discovering their own Black identity, celebrating their Black womanhood.” 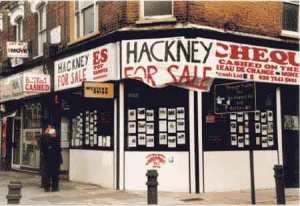 Box 10: Anti Racist Action (early 1980s) “An organisation not run by trendy middle class lefties or by guilty patronising farts. Or even by political parties.” – from the sleeve notes to the 1982 “Blow It Up, Burn It Down, Kick It ‘Til It Breaks” EP by The Apostles (see Box 4 above).

Box 14: News From Everywhere / Campaign For Real Life (1980s/1990s) Communist publishers of books, pamphlets and texts – with a tinge of the situationist / “ultra-left”.

Unpopular Books: “Purveyors of proletarian literature since 1983. Peculiarly pertinent portrayals of proletarian pressure to usher inouternational notions that negate normal ideological identifications in a no nonsense way. In particular, publishers of London Psychogeographical Association material along with such gems as ‘Black Mask’ and Asger Jorn’s ‘Open Creation and Its Enemies’.” 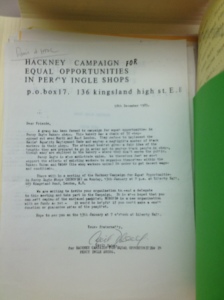 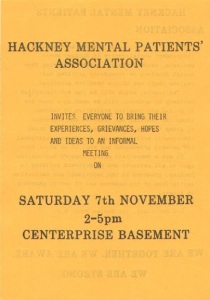