Mr. Pike To ask the Secretary of State for the Home Department what was the cost to local authorities of dealing with squatters in the last 12 months for which figures are available.

Mr. Maclean I understand from my right hon. Friend the Secretary of State for the Environment that this information is not recorded centrally and could be obtained only at disproportionate cost.

Mr. Pike To ask the Secretary of State for the Home Department what estimates he has as to the number of squatters there are currently in England; and if he will make a statement.

Mr. Maclean The nature of squatting makes it impossible to assess the number of squatters with any degree of accuracy, but estimates as to the total number of people squatting in England and Wales generally range between 30,000 and 50,000. More precise information is, however, available about the number of local authority dwellings under unauthorised occupation: on 1 April 1993 there were 2,963 local authority dwellings so occupied, of which 88 per cent. were in inner London: Hackney—1,152; Lambeth—327; Tower Hamlets—232; Camden—153; and Islington—135—being among the areas worst affected.

David Maclean is a Tory who campaigned vigorously for fox hunting, and against the Freedom of Information Act applying to Parliament. Oh, and for keeping MP’s expenses secret, which would have meant we never knew about his tax-payer funded flat screen TV and quad bike). He stepped down as an MP in 2010 and was made a life peer shortly afterwards.

Peter Pike was the Labour MP for Burnley from 1983-2005. It’s unclear what he had against squatters, but I’ve not been able to find any expenses scandal linked to him.

Another source estimated a total of 3,500 squatted properties in Hackney in the late 80s / early 90s. (i.e including council property and other types).

It’s probably worth pointing out that the high point of squatting in Hackney would have been the mid 1980s. Any more statistics welcome.

Purloined from the characteristically fascinating but expensive new catalogue from Beat Books – “specialists in the Beats, Sixties CounterCulture & the Avant-Gardes” 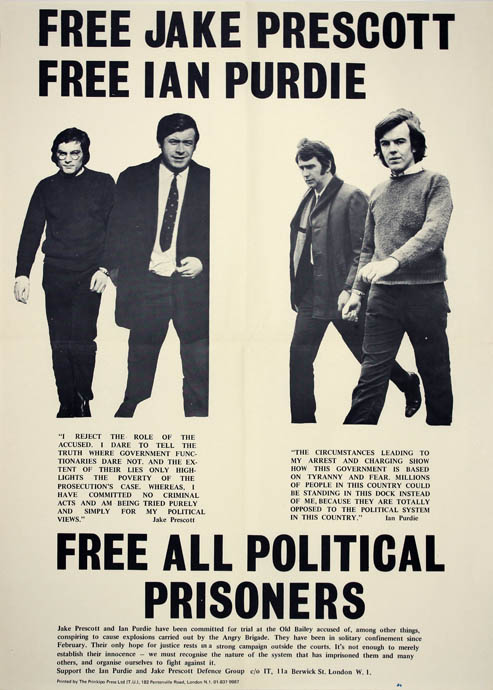 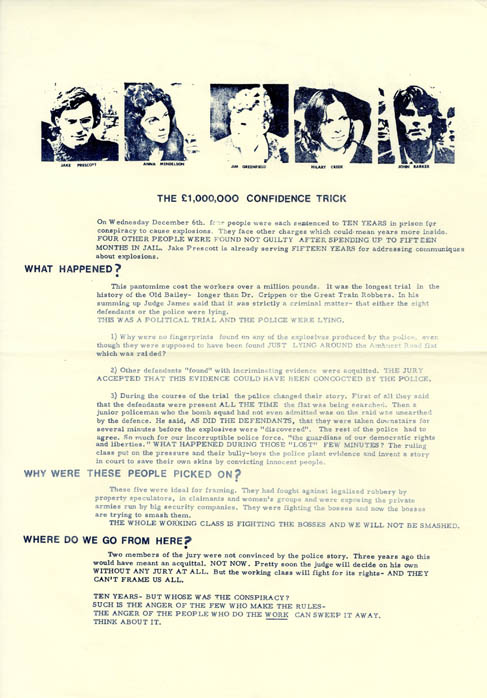 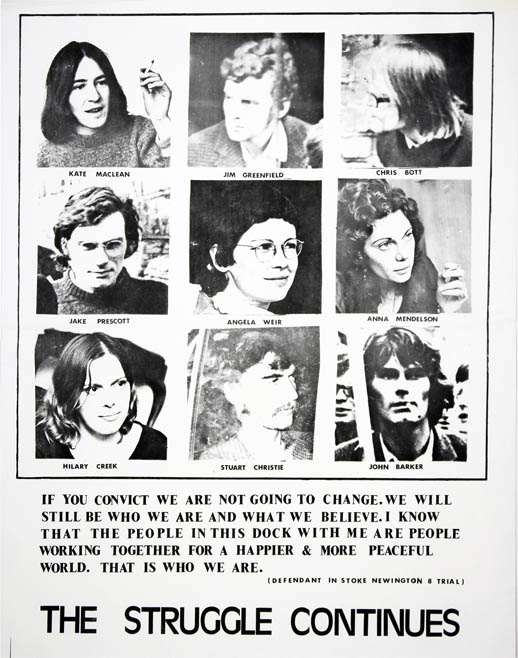 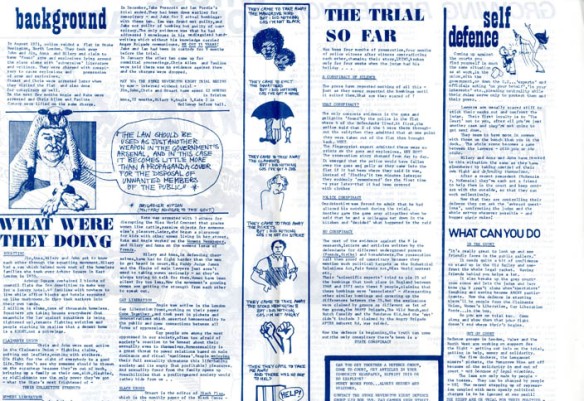 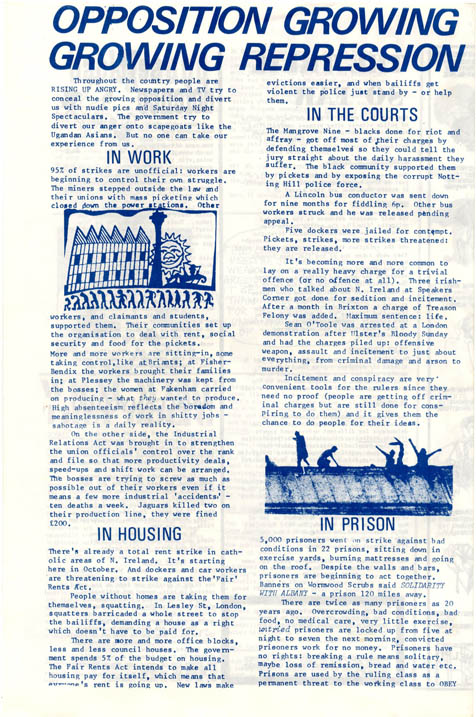 More material about the Angry Brigade / Stoke Newington 8 is available on this site here.